Pastor Marcia Griffin
​Pastor Griffin accepted Christ at an early age
​and was baptized at Macedonia Baptist Church
​at the age of 10 under Rev. Goodman. Pastor
​Griffin was licensed as an ordained Minister of
​the Gospel of Jesus Christ by Senior Pastor
​Thomas L. Simpson, of New Life Christian
​Center, on November 24, 2002. She graduated
​from Word Up Ministries Inc. under Pastor
​Patty James Old Bridge, N.J. School of
​Ministry on June 27, 1998. ​​She attended Word
​Harvest Bible Institute and graduated on
​May 31, 2002 in New Brunswick,​​N.J. under
​Dean Sandra Jarret. Pastor Griffin attended
​Eastern Bible Institute in Newark, N.J. and received a certificate in General Bible Course of Bible Study in June 2002. In June 2004, received a certificate in Teachers Training of Bible Study and a certificate in Post Graduate of Bible Study. Furthermore, she attended Christian Outreach Bible Institute, College Seminary, a recognized Institution of the State of North Carolina and received a Bachelor of Religious Education in June 2004.

Pastor Griffin has been an active member of New Life Christian Center for 30 years, serving in various capacities as needed and directed by the Pastor. When Pastor Thomas L. Simpson went home to be with the Lord, she served as one of the Co-Pastors from May 9, 2011 until June 2012 at which time she was appointed the position as Pastor of New Life Christian Center and was ordained by Rev. Esteban Anderson Senior Pastor of Elim Exodus 15:27 of Miami Florida.
​
Moreover, Pastor Marcia Griffin has been a Registered Nurse for over 35 years and retired from the Ocean County Health Department after 25 years of service. She also was a Lieutenant in the United States Navy serving from 1977 to 1980. Pastor Griffin is married to Deacon Dewitt Griffin who is a licensed Drug and Alcohol Counselor. They have 4 children and 3 grandchildren. ​​​​​​​ 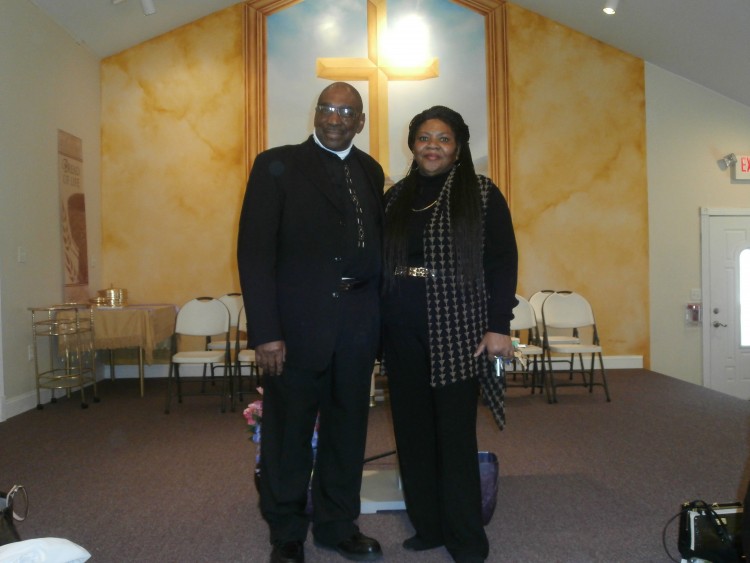